Bel-Aire Mechanical partnered with Hensel Phelps for the construction of the NEW Banner Cancer Center Outpatient Facility located on the University of Arizona’s North Campus. The project is comprised of two major components; A 260,000 square foot, three-story outpatient facility and a 900-stall parking structure.

At its peak, the project employed approximately twenty-eight (28) Sheet Metal Workers from Local #359. Bel-Aire emphasized the use of local labor from Tucson that included trade workers, specialty vendors and contractors. Design-Assist activities began in the Fall of 2015 with ground-breaking kicking off in the Spring of 2016. The project is on track to wrap up in October 2017 with Final Turn-Over in January 2018. 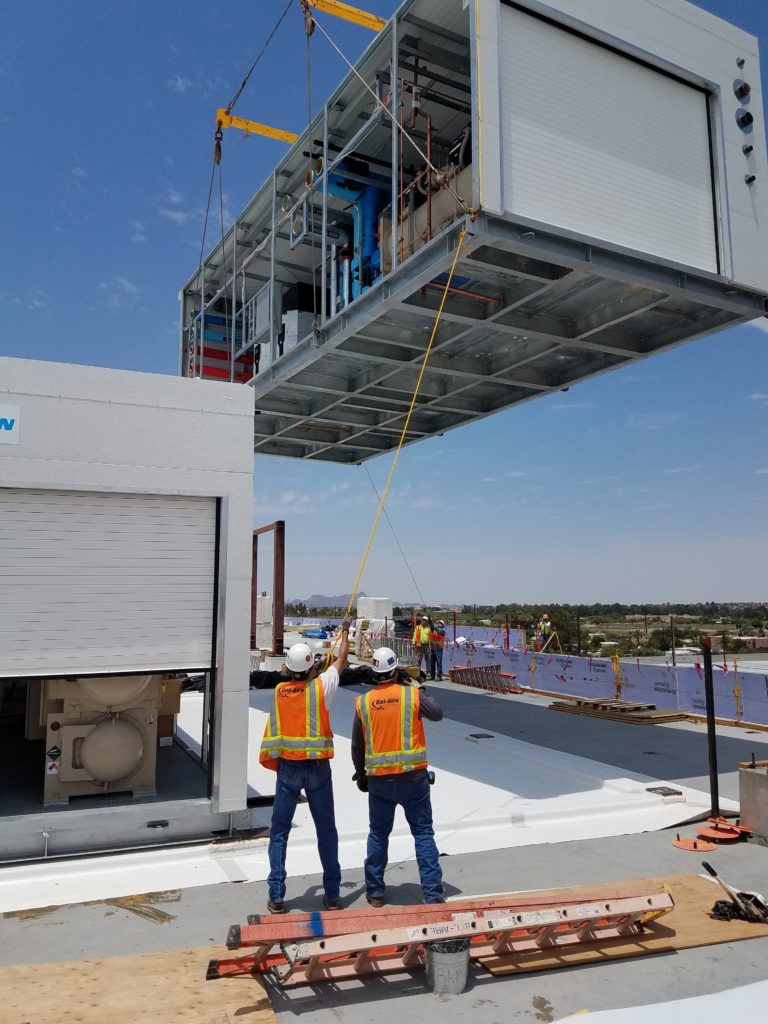 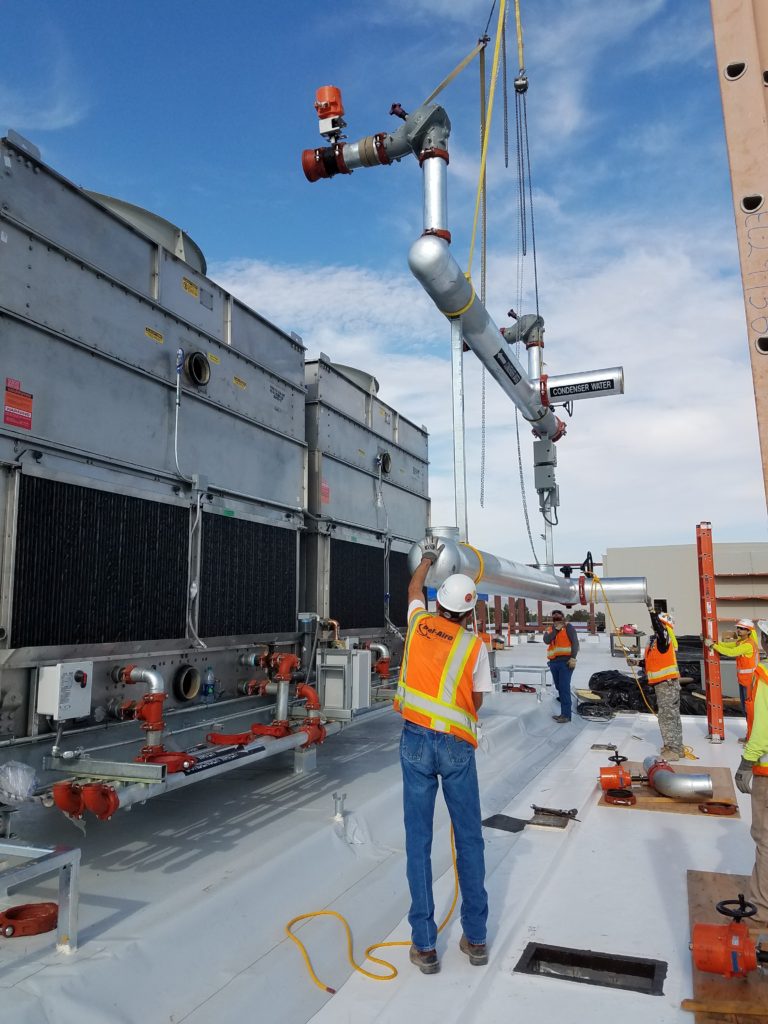 Due to the scheduled construction activities and proximity of the jobsite, new techniques were developed. Bel-Aire collaborated with other trade partners and developed a process to allow various trades to utilize a common racking system or MULTI-TRADE MODULES. These modules were pre-assembled at Bel-Aire’s fabrication facility located in Phoenix, loaded on flatbed trucks and shipped down to the Tucson jobsite for installation.

Once all BIM modeling efforts were completed, spool drawings were extracted and or created for use in the fabrication shop. A structural steel framing system had to be designed and constructed. Once the skeletal frame was erected, each one was custom fitted with mechanical pipe, ductwork, plumbing systems, insulation, tagging and labeling, electrical, medical gas piping and cable trays for IT. The modules were built in 20’-0” sections for ease of handling, transport and off-loading. Bel-Aire’s Senior Project Manager, Robert Dustman stated, “This concept of modularization has been around for decades, but seems to have made a resurgence over the last few years. This seems to be the new industry buzz-word.” Robert goes on to say, “Projects these days are striving to improve productivity, safety and quality so we are always trying to think outside-of-the-box and one strategy is Modularization. There are obvious benefits, if properly executed”. He says, “Modularization requires careful planning, extensive communication and copious patience.” 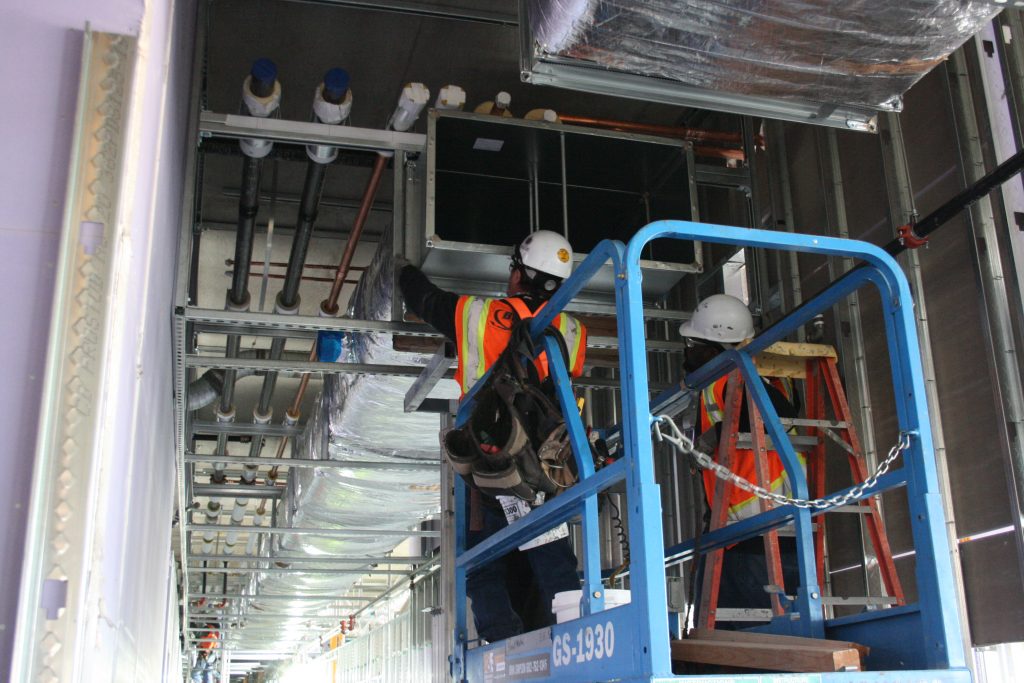